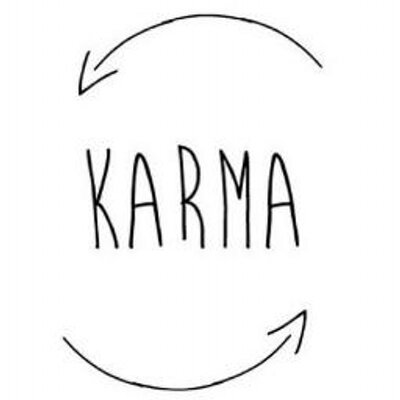 This idea was elaborated after some discussions I've had with Rob, a Dev Protocol community member that has been active on since the beginning.

The Goal of Dev Protocol is to Tokenize OSS or Creator projects and to sustainably fund them. Since the beginning there have been various episodes where some Creators didn't interact with the Protocol, didn't talk their own community about using DEV and just sold sold all the rewards and donated to themselves on Gitcoin.

There's nothing wrong with selling since that's exactly the use case of the token, funding the Creators. But, for this exact reason, people have been asking how can the proposed funding be sustainable with that constant sell pressure from both Creators and Stakers Rewards.

The current Karma system was introduced on Stakes Social V3, the idea was that Karma would be some sort of metric that could indicate the level of altruism from each Creator. It takes in account how much is being staked on that project and how much the project is staking on other projects.

When implementing this, the team thought that since that the Karma variable was a form of easily quantifiable Altruism, people would take that in consideration when choosing where to stake their DEV. In reality this is not what's happening, the Karma system is completely ignored by both Stakers and Creators.

As previously mentioned, some Creators ended up accumulating a lot of DEV in the beginning, they had a lot of market power because of it, and when they sold to donate to themselves on Gitcoin, the price impact was absurd, not sustainable.

One of the solutions that the team came up with was DIP-55, a withdrawal limit for Creators that is variable depending on the prices of the token, it can vary between ~1,100 and ~2.200 DEV. This was approved by the community through voting.

Just limiting Creators isn't ideal for the the success of Dev Protocol, just imagine that a Creator sells all of his rewards on January 1st, hitting the 2,200 DEV limit that day. What is his incentive to continue to promote Dev Protocol and use it after that on the next 365 days?

This way, even if Creators have hit their yearly withdrawal could still be causing positive impacts on the ecosystem, because they'd have every incentive to do so. Bad actors would also have the incentive to change their behavior since that negative karma would be limiting their own funding.

Wrapping it all together, the proposal is, scrap the current Karma system as it currently stands. The solution should be through gamification, categories could be created for this, Bronze, Silver and Gold, for example.

I don't see why projects that just exploit the system to get funds without participating can have a higher Karma than HiDE, for example.

I'd say there should be no ceiling on accruing points or time limit. That is, they don't expire annually. A monthly points bonus, voted on by the community, for say the top three 'valued' creators, could also be introduced. Prizes of No1 200 points, no2 100 points no3 50 points, for example.

This way, Stakers could have a way better idea of who should they stake for, and which Creators are not only more altruistic but have a bigger positive impact on the Dev Protocol ecosystem.

For this to be complete, some sort of negative Karma points should also be introduced, either voted by the community on a monthly basis or introduced on the accrue reward function. This way, bad actors would have the incentive to change their behavior, since negative Karma could limit their early withdrawal limit even further.

It should be noted that New Karma = a point system, the current Karma system is not used and should be scraped off.

To incentivize the circular economy and to maintain DEVs inside the ecosystem, Creators could get Karma bonus when staking on Silver and Gold tier projects.